1Inception date 1 March 2016. 2Distributed income, net of withholding tax. 3MSCI World ex Australia, Net Returns Unhedged Index. All data is at 30 April 2022 unless indicated otherwise. Fund returns are after applicable fees, costs and taxes. All p.a. returns are annualised. Past performance is not a reliable indicator of future performance.

Income Generated - Since Inception1 (PER ANNUM)

Global equity markets reversed a strong March, posting broadly negative numbers for April. Headline themes of rising inflation and central bank tightening fuelled negative investor sentiment. Volatility rose significantly throughout April, the VIX risk index finishing the month over 60% higher. Against this backdrop, US stocks with weak earnings numbers, for example Netflix, were punished (S&P500 -8.8%). The rising rate environment created particularly intense problems for tech valuations, which are priced for future growth (Nasdaq -13.3%). Alongside hawkish central banks, developments in Ukraine continued to create pressure in Europe (France -1.9%, Germany -2.2%). This was further exacerbated in Asia by rising covid cases and weak economic data out of China (Nikkei -3.5%, Hong Kong -4.1%). After recent strength, gold fell (-2.1%), driven by weak sentiment and the impact of higher rates on non-interest bearing assets. Oil continued to rise (WTI +4.4%) on the back of reduced global supply and the potential EU ban on Russian oil. A strong USD and risk off sentiment resulted in a weak domestic dollar (AUDUSD -5.6%).

The Fund continued to generate strong excess income, driven at the sector level by Financials and Non-Energy Minerals. From a country perspective the drivers were Switzerland and Sweden. Stock examples of these exposures include Swiss financial, Zurich Insurance, and Swiss communications business, Swisscom AG. The Plato model rotates into such companies to benefit from substantial regular and special dividends.

The fund strongly outperformed the index, driven by its relative value exposure. As markets retreated, Value stocks held up much better than their growth counterparts (MSCI World Value -5.2% v MSCI World Growth -12% in USD). Large and small capitalisation companies performed in relative lockstep throughout the month (MSCI World Small Cap -8% v MSCI World Large Cap -8.5% in USD). The Fund demonstrated strong positive stock selection in the US, Germany, and Italy. This more than made up for weakness in the UK. From a sector perspective relative performance was strong in Healthcare and Telcos, offsetting weakness in Energy. Plato’s proprietary approach seeks to identify stocks that perform strongly in the period prior to their ex-dividend date. Examples include US healthcare company, AbbVie Inc and retailer, Costco Wholesale Corp. 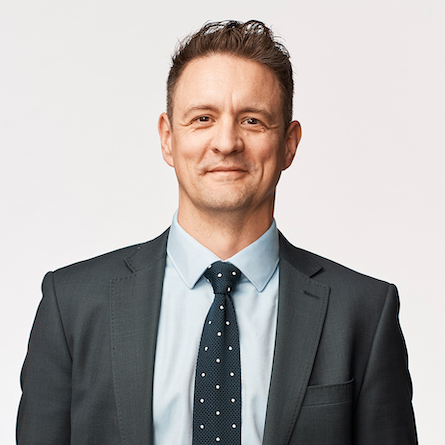 ABOUT THE FUND MANAGERS

Daniel joined Plato in November 2015.  Prior to Plato, Daniel was a Portfolio Manager at Realindex Investments, and was responsible for all Developed and Emerging Market equity products. Daniel has also held positions at State Street Global Advisors (SSGA) in Sydney and London.

Daniel has a Bachelor of Science with Honours from the University of Birmingham and holds the Chartered Financial Analyst (CFA) designation.

This communication is prepared by Plato Investment Management Limited (‘Plato’) (ABN 77 120 730 136, AFSL 504616) as the investment manager of the Plato Global Shares Income Fund (ARSN 608 130 838) (‘Fund’). Pinnacle Fund Services Limited (‘PFSL’) (ABN 29 082 494 362, AFSL 238371) is the product issuer of the Fund. PFSL is not licensed to provide financial product advice. PFSL is a wholly-owned subsidiary of the Pinnacle Investment Management Group Limited (‘Pinnacle’) (ABN 22 100 325 184). The Product Disclosure Statement (‘PDS’) and Target Market Determination (‘TMD’) of the Fund are available via the links below. Any potential investor should consider the PDS and TMD before deciding whether to acquire, or continue to hold units in, the Fund.
Link to the Product Disclosure Statement
Link to the Target Market Determination
For historic TMD’s please contact Pinnacle client service Phone 1300 010 311 or Email service@pinnacleinvestment.com
This communication is for general information only. It is not intended as a securities recommendation or statement of opinion intended to influence a person or persons in making a decision in relation to
investment. It has been prepared without taking account of any person’s objectives, financial situation or needs. Any persons relying on this information should obtain professional advice before doing so.
Past performance is for illustrative purposes only and is not indicative of future performance.
Whilst Plato, PFSL and Pinnacle believe the information contained in this communication is reliable, no warranty is given as to its accuracy, reliability or completeness and persons relying on this information
do so at their own risk. Subject to any liability which cannot be excluded under the relevant laws, Plato, PFSL and Pinnacle disclaim all liability to any person relying on the information contained in this
communication in respect of any loss or damage (including consequential loss or damage), however caused, which may be suffered or arise directly or indirectly in respect of such information. This disclaimer extends to any entity that may distribute this communication.
Any opinions and forecasts reflect the judgment and assumptions of Plato and its representatives on the basis of information available as at the date of publication and may later change without notice. Any projections contained in this presentation are estimates only and may not be realised in the future.
Unauthorised use, copying, distribution, replication, posting, transmitting, publication, display, or reproduction in whole or in part of the information contained in this communication is prohibited without
obtaining prior written permission from Plato. Pinnacle and its associates may have interests in financial products and may receive fees from companies referred to during this communication.

The Zenith Investment Partners (ABN 27 103 132 672, AFS Licence 226872) (“Zenith”) rating (assigned Plato Global Shares Income Fund (Class A) – November 2020) referred to in this piece is limited to “General Advice” (s766B Corporations Act 2001) for Wholesale clients only. This advice has been prepared without taking into account the objectives, financial situation or needs of any individual, including target markets of financial products, where applicable, and is subject to change at any time without prior notice. It is not a specific recommendation to purchase, sell or hold the relevant product(s). Investors should seek independent financial advice before making an investment decision and should consider the appropriateness of this advice in light of their own objectives, financial situation and needs. Investors should obtain a copy of, and consider the PDS or offer document before making any decision and refer to the full Zenith Product Assessment available on the Zenith website. Past performance is not an indication of future performance. Zenith usually charges the product issuer, fund manager or related party to conduct Product Assessments. Full details regarding Zenith’s methodology, ratings definitions and regulatory compliance are available on our Product Assessments and at Fund Research Regulatory Guidelines.
The Lonsec Rating (Plato Global Shares Income Fund (Class A) assigned May 2021) presented in this document is published by Lonsec Research Pty Ltd ABN 11 151 658 561 AFSL 421 445. The Rating is limited to “General Advice” (as defined in the Corporations Act 2001 (Cth)) and based solely on consideration of the investment merits of the financial product(s). Past performance information is for illustrative purposes only and is not indicative of future performance. It is not a recommendation to purchase, sell or hold Plato product(s), and you should seek independent financial advice before investing in this product(s). The Rating is subject to change without notice and Lonsec assumes no obligation to update the relevant document(s) following publication. Lonsec receives a fee from the Fund Manager for researching the product(s) using comprehensive and objective criteria. For further information regarding Lonsec’s Ratings methodology, please refer to our website at: https://www.lonsec.com.au/investment-product-ratings/.
The rating contained on this website is issued by SQM Research Pty Ltd ABN 93 122 592 036 AFSL 421913. SQM Research is an investment research firm that undertakes research on investment products exclusively for its wholesale clients, utilising a proprietary review and star rating system. The SQM Research star rating system is of a general nature and does not take into account the particular circumstances or needs of any specific person. The rating may be subject to change at any time. Only licensed financial advisers may use the SQM Research star rating system in determining whether an investment is appropriate to a person’s particular circumstances or needs. You should read the product disclosure statement and consult a licensed financial adviser before making an investment decision in relation to this investment product. SQM Research receives a fee from the Fund Manager for the research and rating of the managed investment scheme.