Let’s do the maths. To keep things simple, let’s assume that an investor holds a single asset, an ASX 200 index fund. The ASX 200 has a carbon footprint of 95.3 tons of CO2 per million dollars invested.

The chart below shows the tons of CO2 for different portfolio sizes.

It is often hard to relate to raw CO2 numbers, so let’s put it in everyday terms. The $1m portfolio produces as much carbon as…

No wonder investors are really starting to take note of the carbon emitted by their investments. 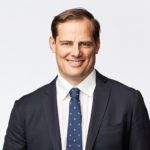 Dr David Allen is head of Short/Long Strategies at Plato, managing the Plato Global Net Zero Hedge Fund. He holds a PhD from Cambridge and Bachelor of Business with First Class Honours.